Dear Inthe... In my dreams.

I don't know how to ask this question but I am hoping you can understand. There is a guy I have known for years. I knew him when we were kids and then life happened and we went our separate ways. When I was a teenager (16) he came back around. I am now 21. Ever since there it has been up and down. To get straight to the point we liked each other in a very innocent way. Nothing sexual ever transpired. To this day we only hug. For the past 2-3 years I have been having dreams about him, but in real life he will not pick up the phone to see how I am even doing. Let me say a few dreams. There was an instance where I spoke to him in the phone and we were connecting but when we saw each other at church he treated like one of his bros. He couldn't even look at me. When I slept that night I dreamt he brought me gifts and was apologizing to me. 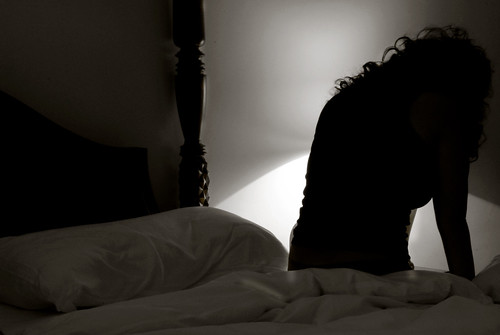 When his birthday would pass and I wouldn't say anything he would come to me in my dream and it always seemed like he wondered why I didn't remember him. In the past few months in my dreams he has referred to me as his girlfriend, he has told me he loves me, he has apologized to me for the way he treats me, he has expressed fears to me, he has hugged me, he comes just to see me. And in REALITY he can't pick up phone to see how i am doing....and still I think of him everyday. When my father was deported he gave me a lot of joy. When my father died he was the first of my friends to see me. I don't know who to tell about this. I'm to embarrassed to openly talk about this. It is breaking my heart to love and be loved by someone when I am asleep rather than when I am awake. I pray more about it now but i still don't fully understand. When I say that i give up on him in my heart he comes to me in my dream and says "keep chasing me, keep chasing me." what is this?

I understand that there is a spiritual realm and that we can see things when we dream...I just don't understand this.I am still learning about the holy spirit and how it speaks. What I have ben told by the holy spirit is that both of us need to get our lives in order before we can be together. What is painful about it is why does it seem like I care so much and I am reaching out when I get nothing. I have also been told that he may just be afraid. Based on a conversation we once had he doesn't think anyone will want to live with him because of the way he is. I am over here like pick me. I will help you  with whatever.
Thank you
Dreamer

What do you ladies think? Sticky situation, right? Leave some advice for her in the comment section and don't forget to follow and share with a friend!
..Godly Love, Godly Marriage and Everything in Between.
Posted by IntheMidstofher at 7:12 AM

Been a while on your blog! Life been busy! Hope all is well with you and family! Remain blessed Destiny!

Ahh Inthe its not fair! :( it is gradually becoming a one post a month situation....Oh well! good to have you back! hope the hubster and son are doing well? much love! e-hugs and kisses!

So, I read this post and it seems I could relate to it, if you wouldn't mind, I will do a bit of writing...

"I met this guy, call him T in high school, like 12/13years old and I was a year ahead and older.We were just friends at first but as we grew older, we got attracted to each other but I on the other hand couldn't bring us to having anything relationship. One because he was my junior,I was very naive and three, I grew up with a very strict mother (so, a relationship then was a no no).
In all these we were close and it got to a point , I always wished he was my blood brother (like I brother-zoned him) and it was like that for a long time, our friendship was intact.

Fast forward to my second year in senior class,I was 16, I met this guy, let's call him A.He wanted a relationship with me from the word G.O but it was the same story because my mom wouldn't hear of it and then it can't even work.A on the other hand was never giving up which took like several months before I could give A a positive answer, this time, I was in love with him because those months of him not given up òn me, gave me a friend in a lover, he won my trust and even the fear of my mother couldn't stop me.

We stated dating (and dating means just seeing on the streets, he lived on the same street as I do.When my mom sends me on errands, A is just outside his house to escort me , we went everywhere and we became best of friends, I on the other hand, has found a lover in a friend.I didn't know how we did it though, my mom never found out).

T and I on the other hand remained best of friends too (a brotherfriend) and he knew about A who comes all along to see me in school or sometimes walk me back home since we live practically on the same street.T doesn't complain, rather he tells me how much he likes me but even at that, I try to make it look as if he likes me because I'm his sister (just a normal likeness, nothing should or can come out of it).

Fast forward, after, I finished my WAEC, A and I were still going strong, unfortunately for us, I had to travel out of the country (making like almost 2years of being together with A, he was my first and I was so much In love).We talked about how the distance could affect us and every other thing that could go wrong but at the end, we came to a conclusion to give our love a trial.

Did we fight for our love, did we even try?Yes, it took us 8 years of a LDR.In the 8th year, I got troubled, I was growing and things thoughts were springing up. **Like if after all we put in this relationship, God doesnt want us together?, I decided to call it quits , though they were the most trying times for me, I just changed, I couldn't stand A, guilt were creeping in and my parents didn't even give me a chance, even as I was already mature but my parents still remain who they are.

Here is where I am going in all my writeup.

In the first few years of my relationship with A, in our LDR, I always have these dreams, where I will be very anxious to see A in my dreams, he is always elusive.
Sometimes, in my dreams when we are together, he might just disappear or I wake up when I finally see him. (To me i thought I was just too anxious, that's why he disappears or I wake up.I wake up feeling very hot and sometimes I just cry ).I never thought of it, I just know I missed him, I missed him to remember there was someone else in my dream, always at the background and that was T.And the dreams continued in other forms but same way,A leaving or me waking or not there but T always at the background.

Few years ago, I broke up with A and the first person I told was T, I didn't know how or why, he was the first I told (we were still friends after all, thanks to FB *uniting friends since 1900*).

Then seeing T never gave me any concern except that I wonder why he was in my dreams anytime I actually gave it a thought.
Recently and I mean recently, I have been seeing T in my dreams like never before and it kept me thinking, why this dream ?
I might be alarming, I don't know but I worry a lot thinking about the reoccurrences of this dream though with only T in the forefront.

I am not a prayer worrior, in fact, I don't go to church but I do DayStar online which T introduced to me years back but I have a relationship with God.He has really helped me with A when I needed Him and He has been my backbone ever since till date . With my relationship with A, I learnt to talk to God (I knew Him in my pain), LDR was draining, 8 years was no joke.

I wrote this out here because I wanted to lift it off my heart and maybe as an anonymous online, it's easier to say/write it all out. Because I know no one might understand and that is if I find someone who could have walked the same shoes that I have walked in.
I wrote this maybe sharing with someone, it could be an eye opener for me.I talk to God in my own little way (not prayer) and sometimes when God talks back and you are not spiritually grounded you get it all confused especially now that I am still looking up to Him for directions on future partner.I wonder if all this while He has been telling me something but I was so focused on other things to understand Him and if not why will such dreams be repeating itself with the same people then and with the same person now?

I am sorry I took so much space in typing (You might not put this up ,I just want to relieve myself as I think a lot of this and maybe unburden a bit.

You can share a bit of advice even as you won't post my writeup if you will be so kind to and if God puts it in you heart to as well.or rather if none of the above, please pray for me).
Thank you and God bless.

Well said, life is the most beautiful thing that any human being would like to concentrate on.Every one has their own dreams, but defining What are dreams is too difficult for them.

What you said is so true, there is more things to explore about dreams but I'm not sure what are dreams that comes in the minds of people while living in this world.